Often regarded as the most complex, intense and overwhelming of Shakespeare’s mature tragedies, the plot and structure of the play are surprisingly straightforward. Lear persists in dividing Britain between his three daughters. Two of the three accede enthusiastically to his demand for flattery as a condition of this. The third, Cordelia, refuses, marries the King of France and leaves him, prompting sharp criticism of Lear from Kent, a loyal courtier. The two remaining sisters, Goneril and Regan and their respective husbands, Albany and Cornwall, turn against him and then against each other in their pursuit of power. This is accelerated by each woman's overpowering lust for Edmund, bastard son of the Duke of Gloucester. In the parallel sub-plot Edmund outwits his half -brother Edgar, Gloucester's legitimate heir, contrives to set the Duke of Cornwall against him and betrays his father as a traitor. He relentlessly exploits Goneril and Regan to pursue his own self -interest. He makes his memorable phrase 'Gods stand up for bastards!' as Lear's opening decision has almost allowed him to do, a feasible possibility, leading the British Army against an invading French force and coming within a distance of being the British King. 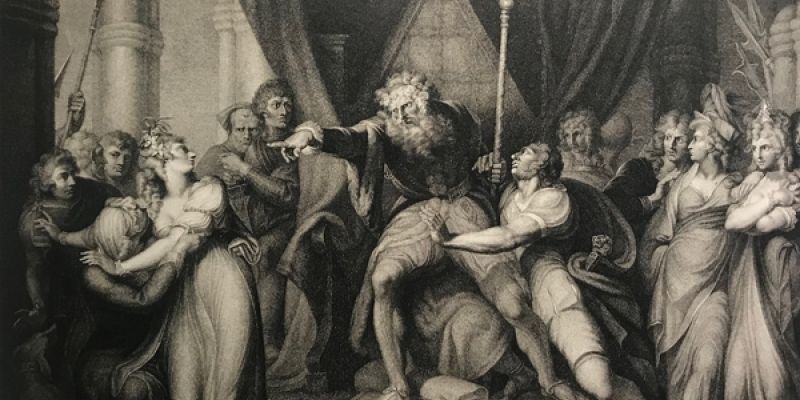 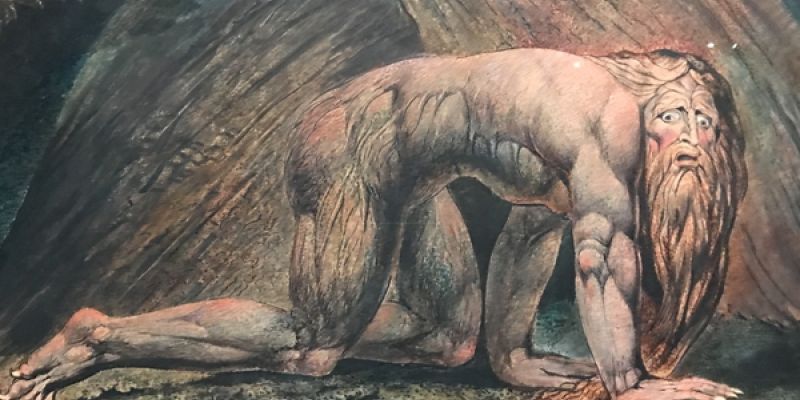 Rejected and powerless, Lear is accompanied in his wanderings on a storm- wracked heath by his Fool and Gloucester's legitimate and loyal son Edgar, who is disguised as a mad bedlam beggar, Poor Tom. Lear suffers a complete identity crisis. He descends into madness and insanity which mirror the violent storm he is exposed to. Kent (now in disguise) and Edgar lead Lear and Gloucester, who Cornwall has blinded, to Dover. Cordelia, now Queen of France and at the head of the French Army eventually finds him and his recovery to at least partial sanity commences. But in the ensuing battle the British forces defeat the French invaders she leads.

Edmund is defeated in a duel with Edgar who, with the Duke of Albany, is left to restore order. He attempts to repent, but to no avail.

Immediately after their reconciliation Cordelia is murdered and Lear dies in agony and despair.

Such are the outcomes of the failure to observe the protocols of the succession of one legitimate monarch to the next: chaos and disorder ensue with violence and madness as their result.

This is a story of those who fail to see or ignore the truth, or the nature of the obligations power bestows. It is a world which spirals into an ever- crueller arena of relentless self -interest, exponential inhumanity and gross injustice. It is, without doubt, a play for our times.

Drawing room drama, murder mystery, critique of the classes, socialist sales pitch- there are a lot of different phrases you could use when describing ‘An Inspector Calls’. It’s a popular, short, and compelling little play that has been on the GCSE specification for decades now.

With each theme, this section looks at how the extract materials could be used in the classroom with one example for each theme developed further into a set of exam questions based on the exam paper, with some indicative content. The skills descriptors for each level for each question can be found at the back of the anthology with supporting detail.

Presented at both The Team English Conference and the ResearchEd National Conference this series of resources combine the latest research to improve creative writing. Directed towards improvements for the GCSE English Language Paper this resource can be used in conjunction with any qualification which includes a Creative Writing element.